We decided to spend 3 days in Chiang Rai, and to be honest we struggled to find things to fill our days. We spent a lot of time in the many cafe’s reading and chilling out, which I suppose isn’t a bad thing as we had been on the move non-stop, and we knew the next few weeks would be jam packed. On our first day here we visited ‘Wat Rong Khun’ aka the White Temple. This was totally different then any other temple we had been to so far, and we have been in a lot! At the bottom of the walkway going into the temple there are creepy looking hands and faces reaching up from the ground. This is supposed to symbolise hell, and then the temple itself is heaven. Everything was made from white marble and stone and the decorations were really spectacular. Inside, the walls were also painted to symbolise heaven and hell. The wall showing hell had random modern celebrities painted all over it to show how we now look up to ‘false gods’. We weren’t allowed to take any pictures, but this was the first temple we had been in that had anything like this. We wandered around here for an hour or so before heading into the city for a look around. 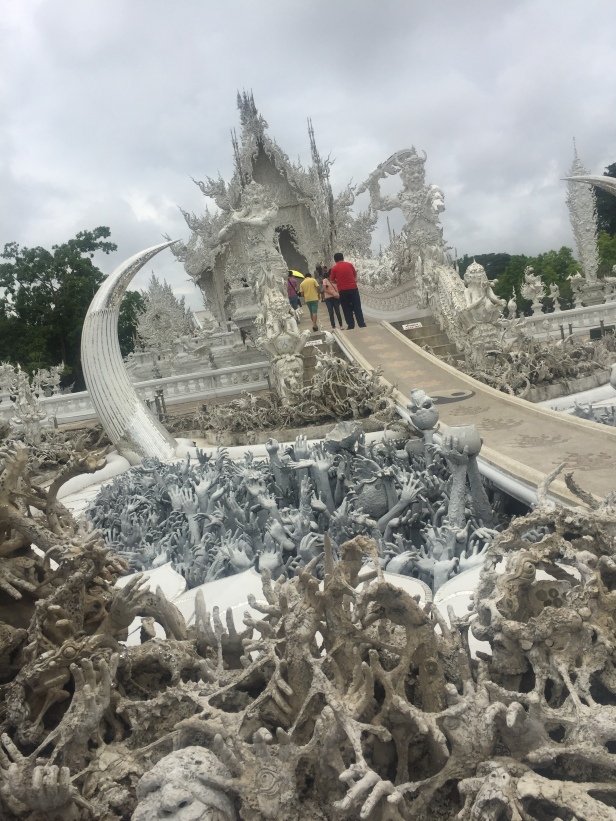 The following day we walked out to ‘Wat Rong Seur Ten’ aka the Blue Temple. This was probably one of our favourite temples that we visited. Everything was so strikingly blue. We spent a while wandering around, bought some of the blue coconut ice-cream that they were selling before we started our 45 minute walk back to the city. 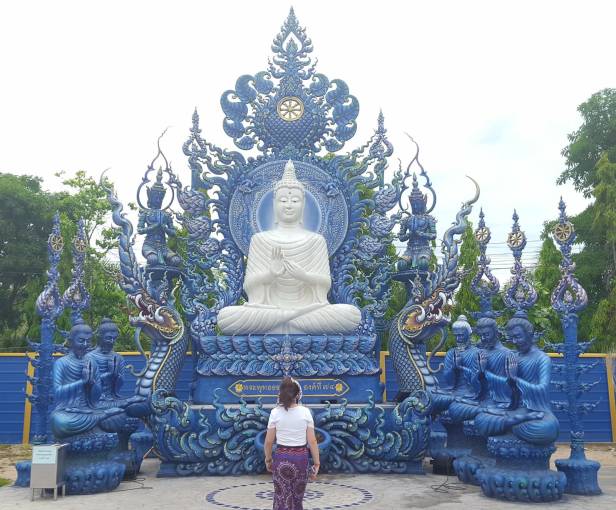 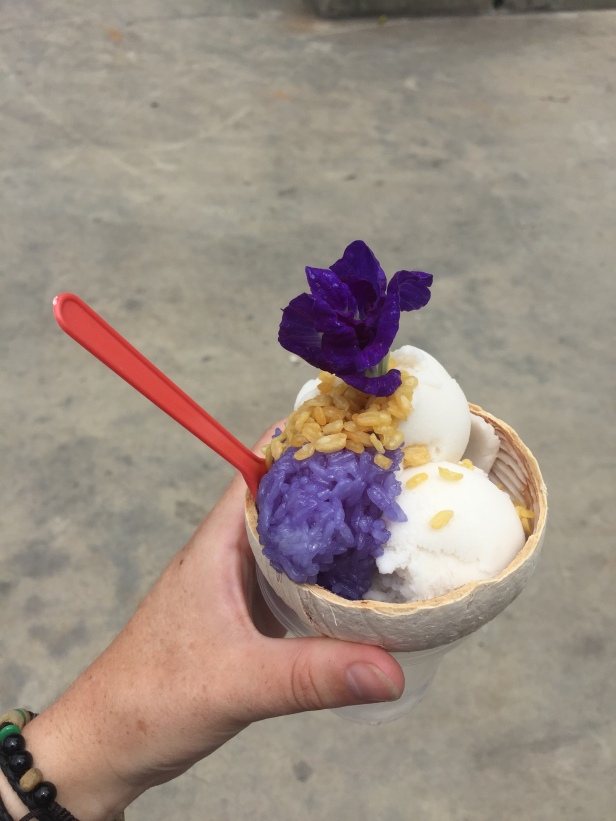 On the way back we passed a cat cafe, and it would of been rude not to go in! We definitely over paid for our coffee’s, but it was worth it. There was about 20 cats lazing around. A few came over and said hello but they mainly just wanted to sleep in the window and be left alone. One kitten decided that Bernard’s lap was the perfect spot for a nap and another jumped onto our table and started hitting over our milk jug looking for a drink before giving up and having a rest on our table.

Every evening we went to the Chiang Rai night bazaar for a look around. In the middle there was a food court that was definitely more suited to the locals than tourists. There was no food that looked very appealing to us. There was local entertainment on a stage at the top of the food court which was very different to what we would be used to and although we had no idea what was going on, it was pretty interesting to sit with a local beer and watch.

Hands down the best part of Chiang Rai was a burger place called ‘Heaven Burger’ that we found on our first day and went back everyday because it was the best burger that we have ever had. We would fly back just for the burgers. If anyone is ever in Chiang Rai this place is a must! 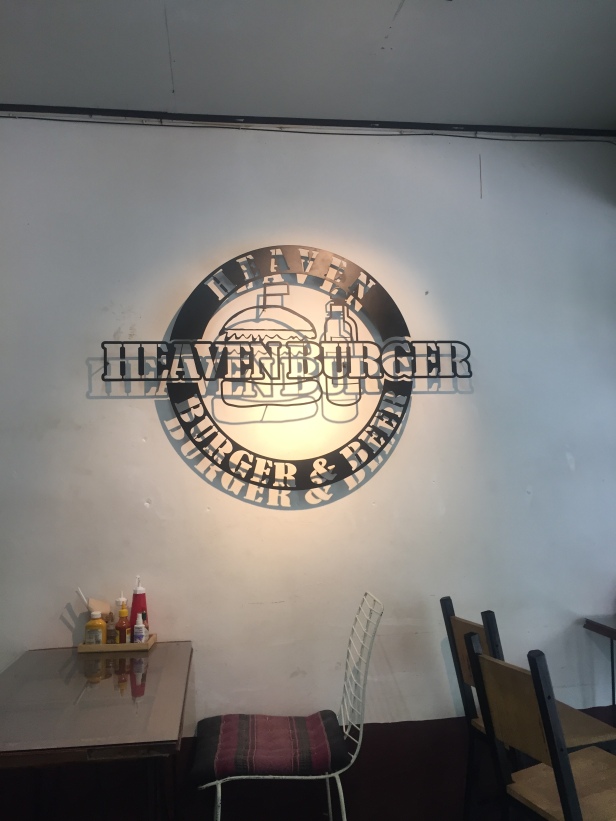 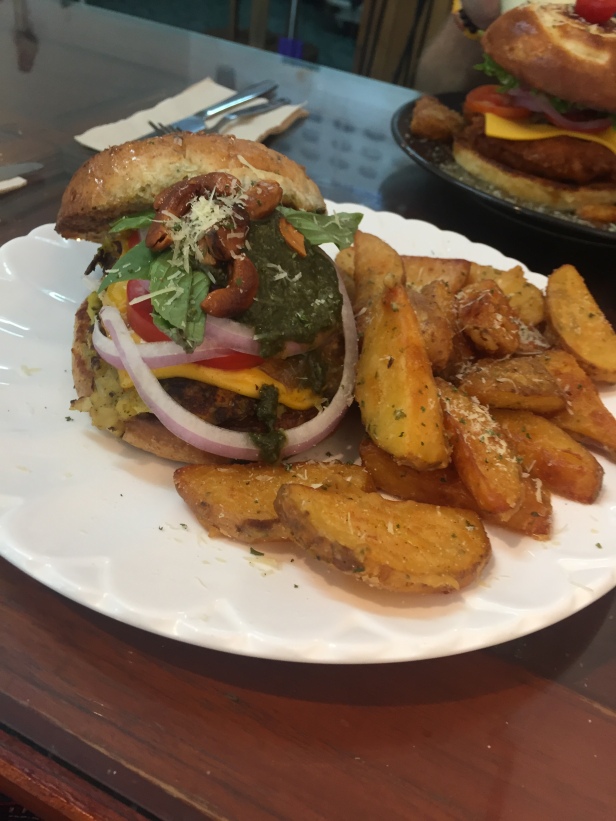 And that was the last of our time in Chiang Rai and Thailand. Sorry this is a very short post, but there really was nothing else happening around Chaing Rai. Next stop Houay Xai in Loas.