We have just spent the past four days in New Delhi, and what a four days it has been! People had warned us about the culture shock that we would experience in New Delhi, and we thought we were pretty prepared and knew what we were getting ourselves in for, but I don’t think anything can prepare you for this city! With a population of 19 million, New Delhi is a chaotic city with people everywhere. There are street dogs looking for shade at every corner, and cows walking the streets and pulling carts on the main roads. The roads in general are mad! There are more tuk-tuks then cars, red lights seem to just be there for decoration and the beeping, the constant beeping! To cross the road you need to just take a leap of faith and weave in between moving traffic in the hope that you’ll make it to the other side of the road in one piece. It’s absolutely crazy!

As you can imagine, after travelling 12 hours, when we landed into this we were totally taken aback. We had no idea where we were going, so we just hopped into a tuk-tuk and embraced the madness. 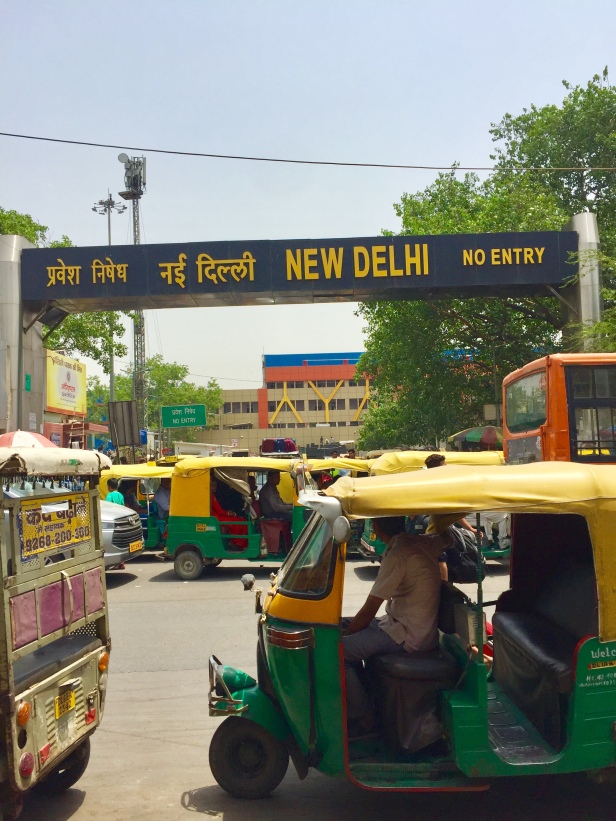 For our first day of exploring we went into Connaught Place and India Gate. Connaught Place is right in the city centre, and only a 10 minute walk from where we were staying. It is the central shopping area of New Delhi, making it very busy and hectic. Right in the middle there is a beautiful park, which is a welcome break from the chaos of Delhi life. From here we took ourselves to India Gate, the national monument of India and a must see in Delhi. 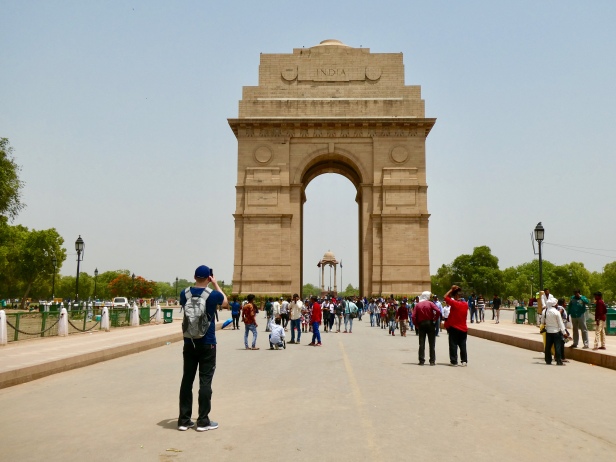 We opted for a Tuk-Tuk back to Connaught Place for some food instead of walking as it was 44 degrees Celsius, something we are still acclimatising to! Our tuk-tuk driver was very friendly and offered to take us to see some bazaars on the way back. These bazaars consisted of four floors of Indian textiles, jewellery, masonry, woodwork, and paintings. It is impossible to look at anything for longer than five seconds before being offered multiple other items for a ‘good price’.

On our way home our tuk-tuk friend offered to pick us up the next morning and bring us to all the places that we had on our must see list, and also show us some of his favourite places in Delhi. 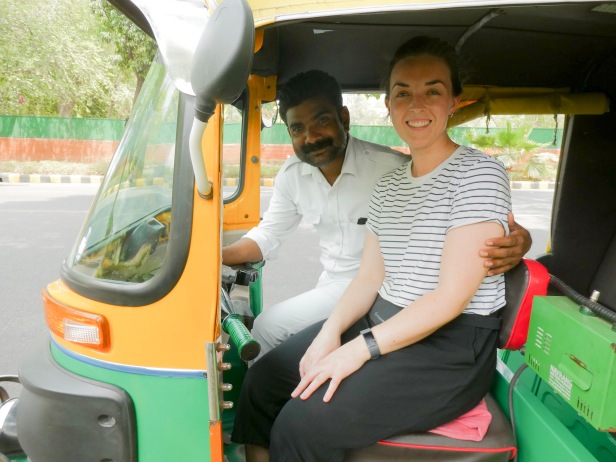 First stop on our tuk-tuk tour was the ‘Jama Masjid’ one of the largest mosques in India. Here we got asked by numerous locals for selfies and pictures, I think it was because we are SO pale compared to everyone else! The mosque itself was beautiful and well worth the visit.

Continuing on with our  tour, we visited a local spice bazaar and got to sample many Indian spices and teas. If we were able to bring one of each of them home, we would have- they were delicious! From here we went to the ‘ Red Fort’, which used to be the main residence for India’s emperors. The entrance was transformed into markets where you could buy souvenirs and gifts. The centre of the fort was massive! There were gardens, marble monuments and ponds. You could spend hours walking around, but the heat was getting to us after an hour so we decided to move on. 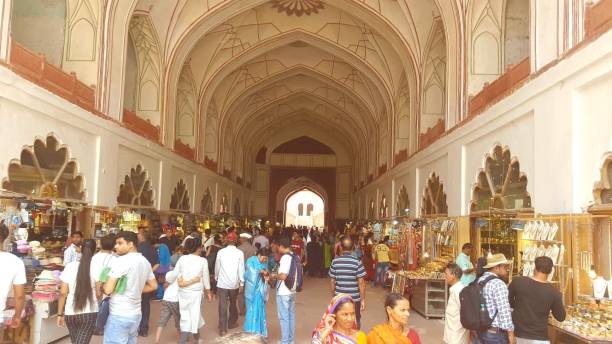 Next stop was ‘Ugrasen Ki Baoli’, a stepwell hidden in the suburbs of the city. There were 108 steps down into what used to be a water conservation well for the city. At the bottom of the steps there was a tower that was home to hundreds of bats trying to sleep. This is something that we had never heard of and we would of never visited if we did not have a local guide. 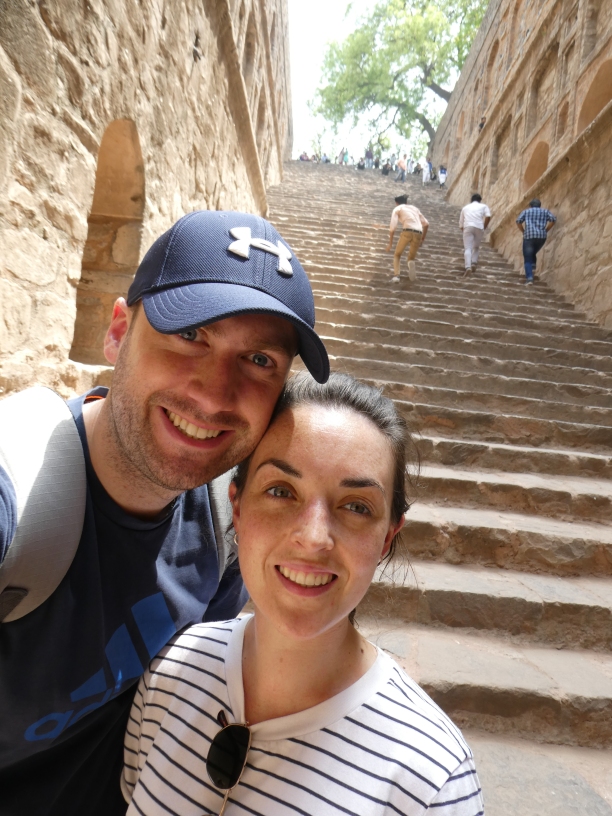 Last stop was ‘Lodi Gardens’, a beautiful park in the city centre. We wandered through the gardens and enjoyed the calm before we decided it was time to head back to the city and get some food. 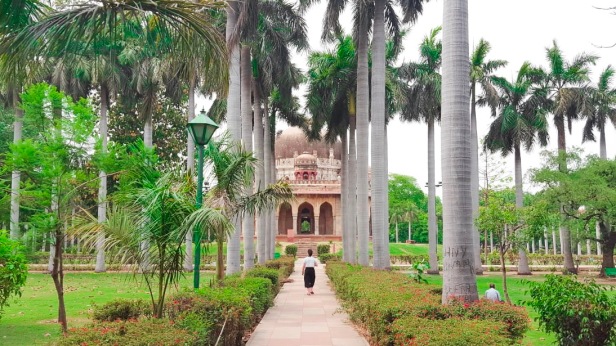 On our way home, we spotted some monkeys playing around in the trees. When our driver realised our excitement he pulled over and allowed us to spend some time watching them and taking some pictures. 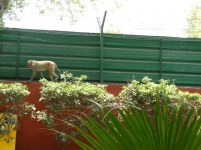 The following day we made a metro trip out to the Lotus Temple, only to find out that it was an election day and everything was closed. We got to see the roof of the temple from the train, but unfortunately that was the height of it!

Tomorrow we start to venture around Northern India to see what else this crazy country has to offer.

One thought on “New Delhi”